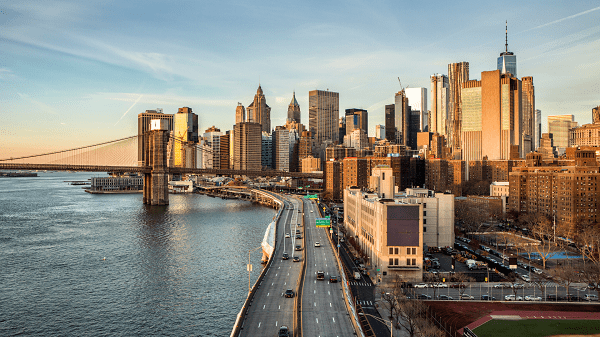 In this interview, Yakov Spektor shares his insights about the migrants bused to New York City by Texas Governor Greg Abbott. Yakov discusses his take regarding the reasons, implications, and how migrants can help the US economy and workforce.

Michael Levites 00:04
Hi everybody, we’re back with Yakov Spektor, an Immigration Attorney — a participating attorney with JurisQ.com, a legal network. What we do here is educational. We answer commonly asked legal questions and we digest current news as they relate to law.

Michael Levites 00:23
And Yakov, have we talked a lot before about immigration rights of people looking to change their status. And right now, I want to make all this knowledge come to life — to practical real life situations happening right now in New York City and in Texas.

Michael Levites 00:47
There’s no secret. We know what’s happening in the news — big news story that’s affecting New York is that migrants, usually from Latin America that are crossing from Mexico into Texas, illegally, are being bussed by Texas Governor Abbott, into New York City.

Michael Levites 01:13
And now, New York City has to provide and welcome these people, provide shelter, food, possibly some emergency legal help, medical health, and so on.

Michael Levites 01:49
In here, they thought they’re going to see their relatives in Illinois, or Texas, to being put on the bus. They don’t know where the hell they’re going. Next thing you know, Times Square. What are their rights?

Yakov Spektor 02:07
Yeah, that seemed kind of strange, right? It’s like, this whole situation seems very weird, right? All of a sudden, you know, like, the bus stops in the middle of Times Square and, you know, 40 people from, you know, from El Salvador, Guatemala come out.

Yakov Spektor 02:47
But what, what the Texan Governor is doing, essentially, he’s being he’s being spiteful. Okay. He is saying, ‘Hey, look. You know. Look at New York City. You know, the, you know — this is the place as we all know. This is, you know, the place that votes Democrats. Okay?’

Yakov Spektor 03:06
Democrats primarily for, for unrestricted immigration, right? Whether that’s right or wrong, we could talk about it in our later videos, but that’s the case. And now we have a Texan governor who is a Republican who says, ‘Look, you know. We get so many of these migrants coming in, okay, because we are on the border of Mexico. Hundreds of thousands, millions, you know, why — so why don’t you guys get a little bit — taste a little bit of — a taste of essentially, what you guys preach? You know.’

Michael Levites 03:36
You know what, I can sympathize with that. I can understand that.

Yakov Spektor 03:40
I understand that too. And the funny thing, is that the only reason that it works — okay, so these guys weren’t actually, you know, you know, they weren’t duped into coming to New York. You know, I’m sure that. You know, you know — Texan governors, employees, or whoever it is, like, that convinces them to get on that bus. They don’t lie to them. You know, they tell them, ‘Hey, you want to see New York?’

Yakov Spektor 04:06
I mean, if I look — you know, if I was, if I just crossed the border, if I, if I ended up in some village in Texas — you know, when somebody offered me a free ride to New York, I’d probably say yes too. Okay.

Yakov Spektor 04:16
But you know, a lot of people get understandably upset on both sides of the aisle, right? You know, people who dislike unrestricted immigration, then there’s people who feel like what Governor Abbott in Texas should be doing, you know — he should be actually providing help under the law that these migrants are entitled to.

Michael Levites 04:40
But he’s saying that Biden administration should be offering more help and more assistance, more federal funding to Texas to help deal with these people, cause listen these are real people. They have needs — housing, medical, educational — so I could understand what he coming from.

Michael Levites 05:01
But I’m not crazy about the method he’s using, because he is trying to send a message to Democrats, ‘Have a taste of your medicine’. But these are people lives and these people have escaped.

Michael Levites 05:17
— dangerous conditions. They don’t wanna be pawns in this political games between Republicans and Democrats. A lot of them have real cases — real cases of persecution and real claims, right. And they could potentially stay here legally.

Michael Levites 05:33
So what are they — what would you advise for these people. They come off the bus, they get a hotdog from a stand in Times Square.

Michael Levites 05:43
Next — what do they do next? What’s their next step?

Yakov Spektor 05:46
So that, you know, you’re absolutely right. The federal government should be doing a little more too, you know. If the they’re not policing the border? Okay. And it’s a big question if whether they’re policing it or not, you know. And whether it’s the Texan — and if it’s the Texas governor’s rights or responsibility to advise the federal government about that.

Yakov Spektor 06:11
But you know, he’s absolutely correct. You know, that they are bearing the brunt of a lot of these people coming in. You know, the least the federal government can do is to actually — at the very least, to let those people know what their rights might be. Because once they are already here, you know, you cannot just take them and deport them. Okay.

Michael Levites 06:33
Why not? Why not as they come in, just send them back across the border. Why is — why is that not allowed? Or is it allowed?

Yakov Spektor 06:40
Well, so you know, as they were coming in through the border, okay? Either, you know, they would have to be inspected by the border officer, or they shouldn’t be able to come in at all.

Yakov Spektor 06:54
I agree what they do, because the border is so porous, it’s thousands and thousands of miles, you cannot put a border officer every 10 feet along this border. So, of course, there’s large stretches of this border, which is completely unpoliced, and people get through. Okay?

Yakov Spektor 07:37
So once they’re allowed to here, and they’re looking, they’re looking for asylum. Okay. You just don’t know which ones of them actually legitimately, you know, need asylum or which or which ones are, do not. You have to look at their claims.

Yakov Spektor 07:51
And the danger, the danger here is that look, you know, if you just start indiscriminately sending everyone back. Right? And assuming even one out of a hundred is in real danger of being killed once they go back. Okay. Is it worth it? Okay. Is it worth it to save life a life of one person?

Yakov Spektor 08:10
And yet another 99 of them here who, eventually, eventually, yeah, they’re probably going to be better, better workers, more law abiding citizens. Because essentially, what the statistics say is that immigrants, oftentimes they commit way less crimes than people who were born here.

Yakov Spektor 08:35
If you’re coming to a new country, I mean, you, you’re probably not going to be inclined to commit to commit crimes, you would want to be as good as you can be. That’s not true for everyone. But it’s true for a large percentage of people.

Yakov Spektor 08:46
So once you’re already here, if you’re actually, you know, if you’re actually afraid to go back, you know, your case has to be considered. Okay. And, but right now, simply when, once again, I agree with Governor Abbott, that the federal government is not doing their job. Okay. They have to dedicate more resources to processing these claims. So that there’s not the backlog of more than a million cases in immigration. Process the backlog efficiently.

Yakov Spektor 09:14
And back those who deserve to be here. But let the ones who do deserve to be here, who are fleeing for their lives — you know, give them some status quickly. Allow them to become productive members of the society.

Michael Levites 09:27
Yeah, Yakov. You know, you bring up a very good point that the backlog is tremendous. There’s not enough staff to deal with this. President Biden just signed a law this week to fight inflation and in there, he’s hiring 69,000 more IRS agents. Okay, that’s great.

Michael Levites 09:46
How about also hiring 69,000 immigration agents to deal with this tremendous backlog? And let’s legalize this people.

Michael Levites 09:54
We have a problem with a workforce, with a supply chain issues. We don’t have truck drivers and workers — here we have them right here. Let’s use them.

Yakov Spektor 10:02
I get it. Yeah. I mean, you know. You get a — you hire an extra IRS agent, you’re going to get more taxes coming into the treasury. But the same thing happens if you, if you actually process these immigrants sooner than it takes, you know, it takes them a few years right now. He’s going to start paying taxes a few years.

Michael Levites 10:17
That’s it. Wow. That’s a great point. I don’t even think about that. You’re right. That can actually raise more money with immigrants than with taxes. Amazing.

Yakov Spektor 10:25
It probably would.

Michael Levites 10:29
Okay, very good. Look. Today, we talked a little bit about politics. Nothing wrong with that. That’s fine. We don’t always make it about law. Today, we combined both. We appreciate it. Thank you for your time. And stay tuned. We’ll bring keep on bringing back Yakov Spektor for more and more analysis of immigration law, immigration policy, immigration news, immigration scams that are out there.

Michael Levites 10:54
We’re here to educate — to educate the public. And what we do here is general — general analysis, general advice. If you want specific legal advice on your case, you have to call the number on the bottom of the screen for Yakov Spektor, an immigration attorney. And then you can get a consultation that is specific to your situation, to your case, to your legal needs.

Michael Levites 11:18
Yakov, it was amazing. Thank you so much for your time. Have a great day. I’ll see you next time. Bye.

*This transcript has been edited for easier reading and understanding. 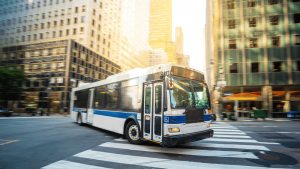 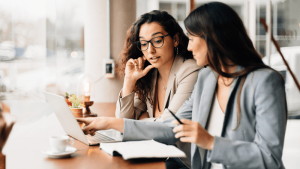 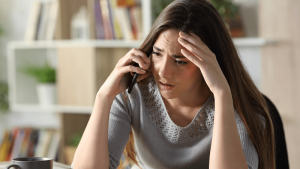