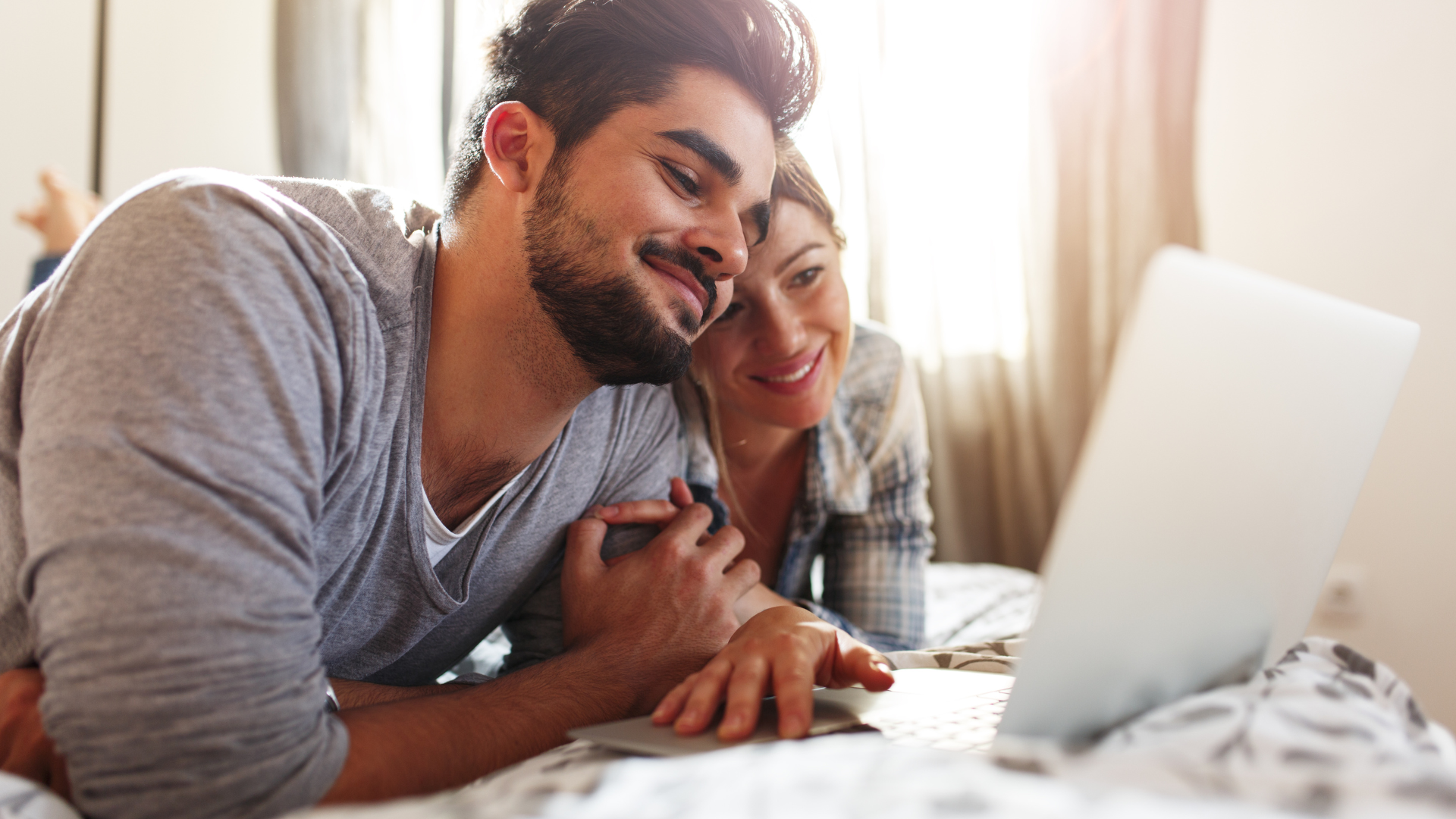 In this interview with Michael Levites of JurisQ.com, Yakov Spektor shares how to prepare for a marriage green card interview.

Good everybody. This is Mike Levites from Jurisq.com and legal network. And we have with us back in our studio, an immigration attorney Yakov Specter. Welcome, Yakov.

Welcome back. Yakov, you know, a lot of people are very anxious before they got this dreaded interview, an interview for a green card citizenship based on your marriage, because you’re gonna get interviewed, your spouse will get interviewed. Anything you say can be used against you. I’m sure it’s very nerve wracking. What do you recommend? How to prepare for such an interview? How to present proper truthful evidence, so that the agents are convinced that you are legally and formally married?

That’s Michael, that’s probably I mean, there were movies made about this topic. About people getting their green card through marriage, okay, usually involve a fake marriage. Now, the good thing is, you know, it doesn’t happen too often, you know, and despite what the movies might show you, you know, fake marriages simply do not happen that often.

I want to add to that always stop you right there. This is a horrible idea to do.

To go in front of an agent with a fake marriage, because not only you will be denied, you may have criminal charges for you and your spouse for lying to federal official, am I right?

You’re absolutely right, Michael, not only that, a lot, what a lot of people would do, you know, they would, they would simply type into Google, you know, how can I get married for a green card? Right? And then they might, you know, someone might recommend someone who knows someone else who does these sorts of things. And what happens in my experience, I’ve been doing immigration law for almost 20 years, okay, is that people who use these services, avail themselves of these fake marriage brokers, okay, what might happen is that, even at their very first conversation with them, they might already be recorded by the government, okay, 50% of all these brokers are being investigated by the government, you might even be able to get your green card on that basis. And then in a few years, once that marriage broker gets arrested, your case will, it doesn’t mean that you will get arrested, but they will take your green card away, they will put your case, into investigation mode which pretty much will mean that for many, many years, you will have zero status in this country. And then you might not be able to get any status here at all. It’s simply not worth it.

And also, I want to add to it, what happens if you’re on falling out with that person with whom you fake married? They’re going to have something over you the rest of your life, it’s going to be a point of, of extortion, possibly. And you will never feel safe, you will never be able to sleep at night. That’s why I know that Yakov you and I would suggest go the legal route. If you’re legally married, then proceed to get your documents. And how do you prepare for that interview?

So here’s another interesting thing, so lots of people who are really married, and as I said, it’s the vast majority. As a matter of fact, all of my clients that I represent are really married. I simply cannot, you know, I will lose my license to better current, of course, no, they have to two approaches to this. Either they worry too much. Okay, or they worry too little. They call me and they say well, you know, why do we even need to, to prepare for this interview we are actually married, you know, this is going to be so easy to prove. And to them I usually say You know, I usually ask one or two things I asked them why did you get married? When did you propose to your wife? What’s your wife’s birthday? And half of the time those usually two men who are like not really not too worried about it, say there’s nothing that we need to prove to the government. Okay, they might not remember and I understand we are men we do not remember dates.

By the way, our time. It’s even more dangerous not to know your wife’s birthday, from your wife than an IRS agent.

Absolutely. You live with your wife if the government is there, but your wife is right here with you.

Exactly. Yeah. Okay, what else? No other dates important dates right birthdays, annivesaries.

That’s that’s actually a great point. Yes, your men, you have to know the dates, girls, women, wives, you have to pay attention to, you know, to basically, to what the, you know, the the brand of the brand of the TV, you know how many inches is that, you know, the, you know, what car does your husband drive? What’s his schedule, like, you know, if it goes to work? You know, it’s basically things that if I had to do this interview tomorrow with my wife, like, I might not pass it, because you don’t think about these things in daily life, okay, but this is something that the government might ask, and it just doesn’t make sense for you to make this interview more difficult than it has to. Yes, you are married for real, okay, the government will not be able to take the marriage license away from you, they cannot un-marry you. Okay, but they can deny you your green card, and then you’ll have to see me and then we’ll have to reapply for you. And it just might it may will be more difficult than it has to be.

So basically the summarize, know the routine of your spouse. Okay, and know your household appliances, and your cars.

Well, right. So these are just a couple of examples, but give you the general topics that you guys, if you guys pay attention to them, you will probably pass your interview. Now there’s a lot of paperwork that’s involved. But as far as the questions go, you will ace those. So know how you met. Who proposed to whom? Your wedding day? Who was there with you know, each other’s immediate family members. You know, who is this person to photograph? Oh, I don’t know. Oh, it’s my mother. You know, there should not be situations like that. The interview?

If you have children know the ages of your children where they go to school. As I said, know

You know, and a lot of these questions might, you know, might not even come up. But hey, you know, if they do, you will not be sitting there not knowing what to say.

Do you think it’s a good idea to bring your pictures with you your wedding album, the pictures of your newborns, if you have kids, you know, your family pictures?

Not only is it a good idea, I usually asked my clients to bring albums full of those pictures. And now you have to understand that most of these photos are now you know, they’re in the digital format. No one prints them anymore. People have digital frames in their houses. Okay, but you know, you won’t be able to pull up, pull out your phone and show those pictures to the officer, immigration officer.

I don’t really recommend it. So what I do recommend is that you take, you go through your photos, pick a couple of 100 of the most favorite ones, you know, have you together on vacation. Of family members, different times different races, print them out on a nice photo paper, arrange them in a nice photo album. It looks good.

Sure. I mean, yeah, evidence speaks louder than words. If you have pictures from years back on your vacation, obviously, you are together, you’re married, you have a child, this is not a fraudulent marriage that makes sense.

You have a photograph from every day of your lives. And the officer who conduct the interview, believes that these are the photos of you from every day, over the past number of years they will approve you.

And also what do you think? I always say truth is the best defense. It is the best way to show something just stick to truth. We if you started adding facts that are wishy washy, you’re gonna confuse yourself and the agent they’re gonna see something’s wrong. What do you think, am I right?

Look, there is no reason to hide anything. If you know if you’re actually married, you were absolutely correct. Now look, if you if you just had to fight last night, right? And let’s say you’re thinking today, hey, you know what? I didn’t want to see this person ever again in my life. Maybe that’s a good idea to tell it to the officer at the interview. Okay. Fights do happen. Okay. They’re part of a marital relationship. Okay, but having said that, there’s really nothing that you should be hiding.

Yakov that’s a great point. This I mean, this is everyday life this these things happen. What happens if you have a fight the night before? Can you as an attorney postpone the the hearings interview by a few days until things are back to normal and all the nerves all the nerves come down.

Be particularly nice the week before the interview.

Yes, this is more important than the war.

Go out. Buy some flowers be super nice.

Marriage to a U.S. citizen can result in a green card – provided everything is done correctly. Unfortunately, there are many intricate steps — from preparing the green card application (which includes many forms), sending it to the correct USCIS address, and preparing for the marriage interview. And knowing the correct information and processing the correct forms can mean the difference between a denial and a green card.

It’s always better to come prepared, and the right immigration lawyer can help you do this.