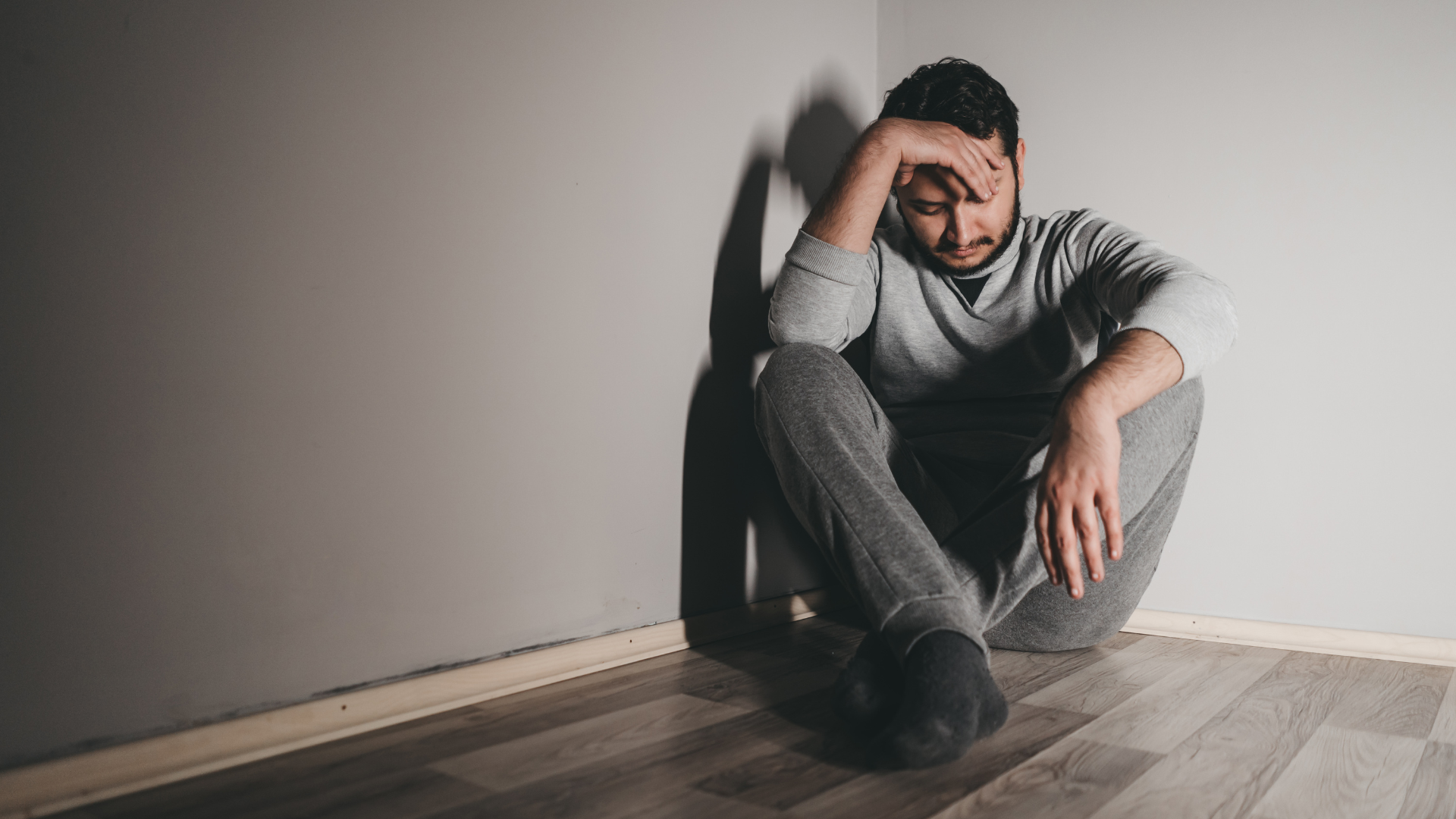 In this interview with Michael Levites of JurisQ.com, Yakov Spektor discusses VAWA (Violence Against Women Act) and how it pertains to men and their ability to receive a green card.

Hey everybody, this is Michael Levitis with Yakov Spektor,  an immigration attorney, who is a participating attorney in jurisq.com legal network where we answer your FAQs, frequently asked questions on law.  Today we have with us again, Yakov, thank you for joining us.   And Yakov, we talked with you last time, about a very important and useful tool in the arsenal of immigration attorneys called VAWA. Violence Against Women Act, which gives protection to women who get abused in relationship, they can still qualify to get a green card, even if their husbands try to withhold it from them. And of course, a very interesting question came up, the name of the act is Violence Against Women Act – does it also apply to men? If a man is in an abusive relationship? So let’s talk about that. Yakov, give us the short answer, and give us the long answer.

Well, the short answer and this is: for all the men who are listening right now is that yes, it does apply to you. Okay, now, if, if you think that, okay, that’s, that’s it, and you can just disconnect from this video, I suggest that you listen down, because unfortunately, this is one of the, one of one of the weak points of, you know, when it comes to us men, you know, we don’t don’t read the instructions, we don’t listen to the instructions, right? We’re not good at that. And especially when it comes to this kind of relief, when you let’s say you’re in abusive relationship, you know, Violence Against Women Act might be the solution for you, and you simply might not know about it. Okay. And so this is something that I want all men to realize that if your wife is abusive, and that happens more often than we think, you know, if she, you know, if she makes your life miserable, she throws objects at you, if she sometimes pushes you against the wall, She scratches you, that’s abuse, okay. doesn’t just mean that, oh, you know what, you know, my wife is a little fat tempered, you know, she might be but you know, what she’s doing to you is?

You shouldn’t be shy. You shouldn’t think it’s not a masculine thing to do to go to an attorney and explain this was happening to me. Yes. Open up and you really have to go through attorney and think when attorney as your doctor is your immigration doctor, you have to tell the attorney everything.

That’s absolutely right. Not only that, you could think of us as priests, and they’ll tell you why. Anything that you tell us is not something that we can disclose. Okay, so we’re not gonna tell your friends, we will now go to your government as a matter of fact, we are not supposed to okay, even if they come asking, you know, we would not, we would not tell them and that would be proper under the law. Okay. So you can definitely talk to us, but the way you will run, what a lot of men that they consult about this issue. You know, they what they told me initially say, oh, no, yeah, everything is fine. No, yeah, we have our fights just like anybody else. And they don’t even realize that they’re being abused. And then I tell them, hey, you know, what, you know, take some time and think about these things. You know, have you ever has she ever scratched you? You know, has she ever pushed you? Has she ever thrown objects at you, you know, and so this is something that you guys might want to think about, if you’re thinking about your relationship, you know, what, if that happened, it might qualify as abuse. And of course, you know, one thing about Violence Against Women Act is that it’s applicable equally well to men, if you are married to a US citizen or permanent resident and you wife as a US citizen, or permanent resident, and you were in this kind of relationship when you know, you when you think that you might be a victim of domestic violence, you know, there might be physical abuse there might be emotional.

Yeah, that’s a very important  point because I do think about abuse being physical where there’s fights like you said, scratches what could constitute abuse, if it’s emotional or psychological. Can you give us some examples?

Well, so emotional abuse when it comes to men is a little bit tricky. Okay, because what the sometimes sometimes like I get, I get these men who call me and they say, Hey, you know what, my wife doesn’t love me. You know, I am devastated. That’s that’s abuse. Right? It’s not unfortunately okay. Look, very weak. Yes, life may not be easy, okay? Or they say hey, you know what, you know, we just fight all the time. Hey, remember what they said about scratches? You know, both changes. Physical abuse that could qualify but, you know, just just you know, being in a, in a relationship that doesn’t go very well, unfortunately, is not considered emotional abuse for men, emotional abuse is very hard to define. It’s definitely something that you want to talk to me about. If you see that there is a pattern of really nasty things that your wife might be doing to you, you know, like, a, you know, emotional torture like she brings men. If she cheats on you, that’s not necessarily abuse. But if she does that, in front of you with an intent to cause you psychological distress, hey, maybe, okay, so it’s, it’s really tricky. When it comes to just emotional abuse, definitely something you want to talk to me about.

What about where the wife that has the citizenship is extorting her husband, by saying, if you don’t do X, Y, and Z, I’m not gonna go with you to the green card interview at immigration services, I’m going to withhold the Green Card from you, could that qualify for abuse? This kind of extortion?

You know, just by itself? Probably not. It does. It is it is abusive, it is one of the elements of the abuse. But don’t forget that if your wife tells you, hey, you know what, I’m not going to go to the interview with you unless you pay me a certain amount of money, right? Or she is like she she’s blackmailing you use and don’t forget that, hey, you know what, this is something that you can walk away from, right? I mean, that you’re going to stop, right? You know, just because the relationship is not going well does not entitle you to a green card. Okay? So if she’s just saying, hey, you know what, I’m not going to go go to go to the interview with you. And, you know, you say, okay, so don’t go to the interview with me, you will not get your status. But if if, you know, the relationship just breaks down, hey, that’s life. But if she keeps extorting you if she keeps, you know, hitting you, you know, if she keeps throwing scenes at restaurants, which have, were often that you would think it helps embarrassing, that’s embarrassing, you might want you might want to talk to me about it if her actions, would constitute abuse.

So basically, the devil is in the details. It’s very important to talk to an attorney, who does this for a living that focuses on these types of cases, that has seen how immigration services reacts to these examples of abuse. So you know what to expect.

Final question for you to clarify further violence against women act, we know it applies now to women, at applies to  men.  Does it apply to same sex couples?

It does. And we can do the number of cases when, when actually quite a lot of physical abuse, when when an abused spouse had to go to the hospital, you know, when it would be same sex marriage, you know, this is, you know, this is what happens when, you know, when basically, when the large guy is being physically abusive, it doesn’t matter if the other end of it is a man or a woman, there’s going to be some injuries. So, of course, just as you know, any same sex couple can apply for a green card, when everything is going well. There any any same sex couple potentially things are not going well, and and the situation during the abuse of the immigrant spouse could try and apply for the green card.

It’s good to know that this act applies equally to all men, women, to same sex couples. And of course, here, Yakov Spektor gave you very general information, if you want specifics about your case, as we said earlier, it is very important to open up the attorney and tell him or her everything so that Yakov Spektor can make a determination whether this act applies to you. And if not, maybe there are other mechanisms, how you can get your green card. It’s very important to discuss it all. The phone number of Yakov Spektor is at the bottom of the screen. Please call your call Yakov for your consultation, and you’ll get the right information. Follow us for more sessions on immigration law and other types of law on jurisq.com, our Facebook, our Youtube, Instagram, and you’re going to keep informed you’re going to keep being informed on the latest developments of the law. Thank you everyone so much for your attention for your time. Have a great day.

Thank you, everyone. Bye bye.

VAWA, or Violence Against Women Act, is a law that allows victims of domestic violence or spousal abuse to apply for their green cards without their spouses. It applies equally to victims of either sex — meaning abused husbands or partners who are married to U.S. Citizens or Permanent Residents can file for their own petition.

It’s a complicated and tricky process, but we have handled many such cases and are very experienced in helping our clients get a green card if there was abuse in the marital relationship. 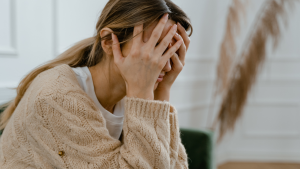 In this interview with Michael Levites of JurisQ.com, Yakov Spektor discusses the Violence Against Women Act (VAWA) and receiving your green card. https://youtu.be/eswQA-wyp-w Michael Levitis  00:00 Hey